To elucidate the mechanism of ESCRTs in physiological context we therefore apply high-resolution microscopy techniques to visualize ESCRTs in mammalian cell abscission. To obtain an inclusive understanding of ESCRT function in abscission, we visualize abscission in both mammalian tissue culture cells and in a developmental system (zebrafish embryogenesis). 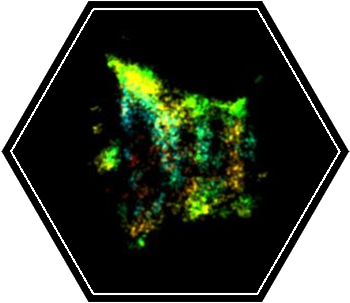 Structural organization of ESCRTs in abscission

How ESCRTs induce membrane constriction and fission in cells in unknown. We believe that by deciphering the structural organization of the complex at different stages of the process we will be able to learn about its mechanistic principles.

Over the past years, we applied quantitative live cell imaging, super resolution (SR) microscopy and cryo-X-Ray-tomography to study the organization of ESCRTs in abscission. Recently, we were able to directly visualize ESCRT-III based filaments in the intercellular bridge of dividing cells using the SR technique, STORM. Through this approach we revealed the evolution of the structural organization of ESCRT-III in mammalian cytokinetic abscission and generated a model for ESCRT mediated membrane constriction.

These results provide, for the first time, a tool to directly resolve the structure of ESCRT-III spirals as they mediate their contractile activity in cells. Ten different ESCRT-III subunits were identified at the intercellular bridge. How and whether all these components are assembled in the ESCRT polymer is unknown. By describing the structural organization of each component during abscission and by specifying the structural aberrations in ESCRT-III organization upon knocking out individual components, we aim to dissect the role of each component in ESCRT-driven abscission. 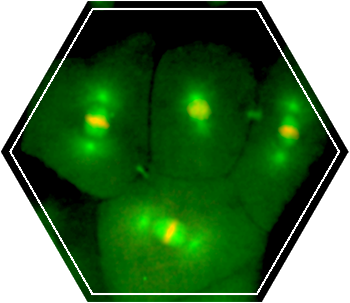 This stage is characterized by the appearance of a G1 phase of the cell cycle and by loss of synchronized division. The temporal coupling of these events to abscission suggests that resolution of the intercellular bridge is a fundamental step in early development. Deciphering the regulatory basis for abscission timing and the organization of ESCRTs at the intercellular bridge during these stages will no doubt contribute to our understanding of the highly orchestrated events occurring during early embryogenesis. 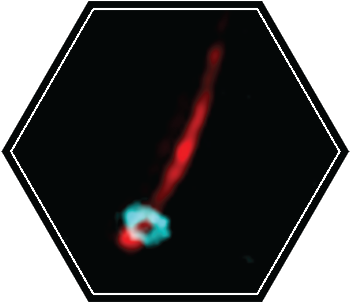 The ESCRT complex is arising as a general cellular tool for membrane remodeling and sealing. To mediate such general function ESCRTs may need to interact with different cellular components including the cellular cytoskeleton. In this part we study the relationships between the ESCRT machinery and other essential cellular components.